Help us to raise money; all proceeds from my photography help build ‘The Emily Collins School ‘

In December 2007 our 16 year old daughter Emily was a pupil at Bournemouth School for Girls when she was diagnosed with bone cancer and started an eight month programme of chemotherapy intravenously into her heart. In February, the following year she underwent surgery to replace her left knee and part of her femur. In August she completed her chemotherapy but the powerful drugs had damaged her heart and she suffered a stroke and almost died. Another extensive period of hospitalisation followed and she was discharged with a severely damaged heart function.

Defying medical advice and showing great courage she travelled to Uganda and spent 4 months as a volunteer to help improve the lives of street children in Jinja. Later she returned to Uganda for 5 months whereupon she met Martin Duhimbaze, a social worker, in Rukungiri, with a vision to save orphaned children from the terrors of living on the streets without provision or protection.

Emily still stayed closely in contact with Martin sharing his vision and although she wasn’t able to stay in Uganda she returned to England determined to encourage her family and friends to support Martin’s efforts. When she learned that he had rescued 8 children and was trying to start a school with accommodation to remove them from danger and give them a chance in life she persuaded more people to sponsor these children. Then there were 8 now there are over 120 with many of them being sponsored through Emily’s efforts. Martin has continued to develop this good cause into a fully regulated charity which is now officially recognised both nationally and internationally as Our Father’s House Ministries. 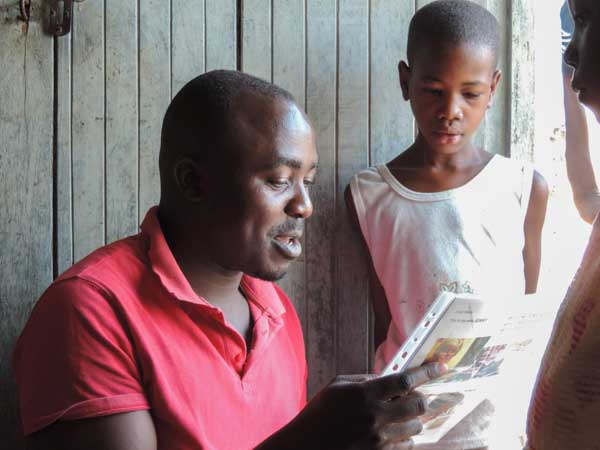 Emily’s heart was slowly getting weaker and on two or three occasions she was warned by her consultant that she could possibly only have 3 more months to live. Undaunted and undeterred she continued to travel but eventually her heart could not keep up with the demands of her young body and she died just after her 26th birthday in Ecuador in August 2017. Her passing broke many hearts, including her friends and the children in Rukungiri, Uganda and our family gave the money raised at her funeral to Martin to enable him to buy land and animals to provide food and opportunities for the children.

Where will this be?
Our Father’s House Ministries continues to save more children but their needs have grown too. So much so that it now plans to build a kindergarten to rescue even more children from the streets. In memory of Emily’s commitment and efforts OFHM has decided to call it The Emily Collins School. It needs at least £110k to build the school now that it has managed to acquire some land.

We are determined to help Martin carry on the vision that Martin and Emily first discussed, so enthusiastically – to take orphaned and unprotected children off the streets and give them a chance in life –

So please help us to help them.

To create a loving environment in a Christian community

Please contact us to find out how you can help or donate.